John is a Board Director for the UCL Friends & Alumni Association and is a key anchor in the Bay Area. 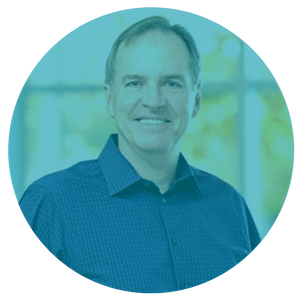 “UCL changed my perspective” says John Manville (UCL Electronic and Electrical Engineering 1980). John grew up in Hastings, on England’s south coast. “At first, I didn’t know which university to apply to” says John, but “UCL was in the centre of London…and I liked the feel of the UCL engineering department…it was so friendly”. John lived in Evans Hall of residence in Camden, during his first year, and has many fond memories of his student years playing hockey, the London music scene, beer cruising on the Central Line, and the best bread in Crouch End. “It was just amazing” John says.

“I wish I realised at the time how fortunate I was to go to UCL, because it kick started me.” After graduating John started working for a communications company in Manhattan as a bit of an adventure. He then worked for Bankers Trust and Lehman Brothers carving out a career in the financial sector. “[Lehman] gave me this fantastic office on the 39th floor of the World Trade Center overlooking the Statue of Liberty. Every day, I used to go in there and pinch myself thinking that one day they would take it away from me.” And, on 9/11 it was taken away from him. “It should have been a turning point in my life. I managed to get out, caught a train home, and remember saying to my wife we should just enjoy life and not let the small things worry us.” It also caused John to think more about the important things in life.  Months later, he got a job at Cisco, which John describes as “a bit like UCL: it’s friendly, people treat each other well, and it’s still a demanding place.”

Why does John do what he does? “Because it is the right thing to do and you get a real sense of dealing with students who are going to go out and change the world.  UCL students really are amazing and are from across the world, which is good for Britain and keeps me connected.” And it is those students, who continue to marvel and drive John.

“It is great to give back to UCL, it is a great place, and is doing a lot of good in the world and trying to raise money for worthwhile causes”.  John’s dad developed Alzheimer’s 6-7 years ago and came to speak to a doctor at University College Hospital. Following his death, the family agreed to donate his brain to the hospital for medical research. In a quirk of faith, John met Prof. Martin Rossor who treated his father, during a fundraising event in New York as part of his voluntary work for the UCL Friends & Alumni Association. “I strongly encourage people to get involved because it is an excellent way to give back for those who have been fortunate enough in their careers and lives.”